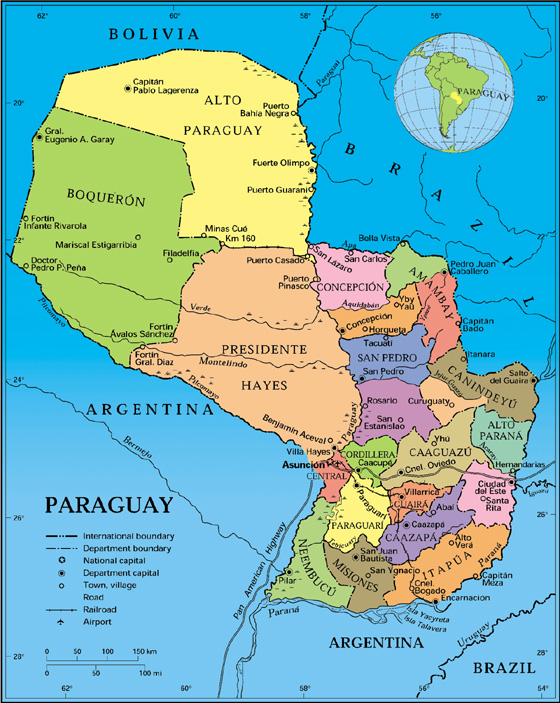 
Geographical Location : Located in the South American continent, its bordered by Bolivia to the North and Northeast; by Brazil to the East, and by Argentina to the South and West.

Climate:The climate in Paraguay can be distinguished in two seasons: a warm, rainy season with an average temperature of 31ºC to 38ºC, and predominant winds from the Northwest that bring a lot of rain to the country; and a cold, dry season, with little rain, predominant winds from the South, and an average temperature that ranges from 0ºC to 14.5ºC.

Organization of its territory : The Paraguay River divides the territory of the country in two great natural regions: the Oriental Region and the Occidental Region. Politically, the Paraguayan State is divided into a Capital District (the city of Asuncion) and seventeen departments.

Languages that are spoken in the country: Spanish is the country's official language; the guarani, a language considered national patrimony, is also wildly spoken.

Executive Branch -Chief of State and Head of Government: